A recurring theme of this year’s festival is one that is familiar to anyone following current events–corruption in the media and the rise and fall of media superstars. Whether it’s the story of an unstable buffoon on the airwaves, a drifter who becomes a media sensation, or an exploration of the costs of covering a juicy news story, the theme speaks to audiences in this current political climate, as we can see similarities in each of these stories in relation to what is happening in the media today.

Ace in the Hole, playing Saturday morning at the Chinese multiplex 1, tells the story of a down-on-his-luck reporter who sees an opportunity to redeem himself via a report about a miner trapped in a collapsed cave. The public takes to it immediately, and it stays on the front pages of the paper. The bigger the story gets, the more the reporter’s life begins to disintegrate until several tragedies strike and we see the futility of greed and self-serving ambition. It is a pensive and symbolic story, and one whose message holds true over 60 years later. 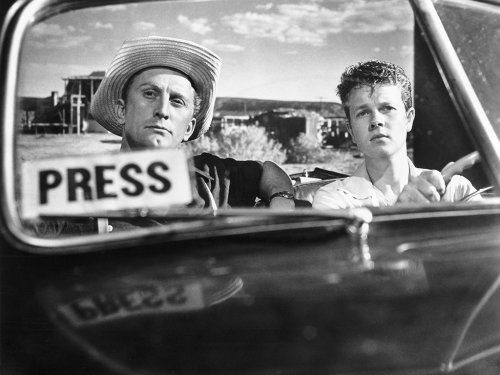 In any other time slot, Ace in the Hole would be one of the must-sees of the festival. Playing down the hall, however, is a celebration of 90 years of Vitaphone. When sound came to film for the first time in Don Juan (1926), the movie was screened alongside a bill of shorts that featured speech and song, recorded and synchronized by the Vitaphone company. Only a few survive. Since 1991, an organization called The Vitaphone Project, run by self-described “film buffs and record collectors,” has been dedicated to restoring and releasing these shorts that are so vital to understanding the history of sound on film. At the festival on Saturday morning, Ron Hutchinson of The Vitaphone Project will be on hand to discuss and screen some of the recently restored Vitaphone shorts, including some featuring George Burns and Gracie Allen, Baby Rose Marie, and Molly Picon.

MY CHOICE: 90 Years of Vitaphone

MY MIND MIGHT BE CHANGED BY: Ace in the Hole

The next time slot features several attractive choices. A Face in the Crowd, another timely movie fitting the theme of broadcast corruption, is showing at the Egyptian. Meanwhile, the always popular One Flew Over the Cuckoo’s Nest is playing at the Chinese multiplex 1. Intolerance, D.W. Griffith’s 3.5-hour silent masterpiece, will be at the Chinese multiplex 6 (and is recommended for dedicated fans only, as it spans several time slots). The brilliant Carl Reiner will be giving a talk at Dead Men Don’t Wear Plaid, in the beautiful Grauman’s Chinese Theater. But it will be at Club TCM, the gathering and lounging space at the Roosevelt Hotel for festival passholders, where many stars will gather on Saturday.

Last year, Cari Beauchamp released a book in which she assembled stories from actors, directors, and screenwriters about the first time they saw Hollywood. The book is a compelling read, and at this special presentation, the stories as presented by Beauchamp in the book will be read by such stars as Laraine Newman (Anita Loos), Nancy Olson (Colleen Moore), Bruce Goldstein (Ben Hecht), David Ladd (Robert Parrish) and Sue Lloyd (Harold Lloyd). This is my pick, as it is sure to be a meaningful glimpse into the world of classic Hollywood.

Also, if you haven’t had a chance to buy the book yet, Cari Beauchamp will be having a book signing in the Roosevelt Hotel lobby following the presentation.

MY CHOICE: My First Time in Hollywood

MY MIND MIGHT BE CHANGED BY: Nothing this time.

The TCM Festival is lucky in that it attracts some of the most legendary classic Hollywood stars to the festival for appearances and interviews. Last year the major guest was Sophia Loren, who gave an interview for the festival that will air on the channel on April 28. This year the festival continues the Italian theme with Gina Lollobrigida, who will introduce Buona Sera, Mrs. Campbell at Grauman’s Chinese Theatre on Saturday at 3:30. Down the road from Gina Lollobrigida at the Chinese multiplex 1 is The Big Sleep, one of Bogart and Bacall’s biggest hits and a noir classic, while The Yearling  will play at Chinese multiplex 6 and the 1953 version of Orson Welles’ radio program War of the Worlds will be at multiplex 4. Elliott Gould will also be giving a discussion at Club TCM. This is a tough one, but I think I’m going with The Big Sleep. There are few times when I can give up Bogart and Bacall on the big screen.

MY CHOICE: The Big Sleep

MY MIND MIGHT BE CHANGED BY: I don’t think anything, at this point.

Next up is The King and I, versus Song of Bernadette, versus Hollywood Home Movies. Along with the Shanghai Express/The More the Merrier issue, this is one of the more difficult choices of the festival. Having expected to see The King and I open the festival this year (and thus not be able to see it, with my media pass), I feel that I should see it–especially since Rita Moreno is introducing. But at Club TCM during this time slot is a truly fun annual program in which the festival brings in Hollywood home movies from the Academy and shows them to the crowd, assisted by the stories and memories of the people who are in them. The home movies program is a yearly tradition for me, and I can’t see both The King and I and the home movies due to their starting times. In previous years, I have left early from movies in order to catch the next one. But I have come to the conclusion that this is not “best practices” for the TCM Festival, so I will have to make a decision. Home movies will probably win out.

MY MIND MIGHT BE CHANGED BY: The King and I.

Joan Fontaine between takes on the set of Gunga Din.

As for the last time slot of the day, I’m probably going to have to choose Midnight. I love Claudette Colbert too much for anything else there. 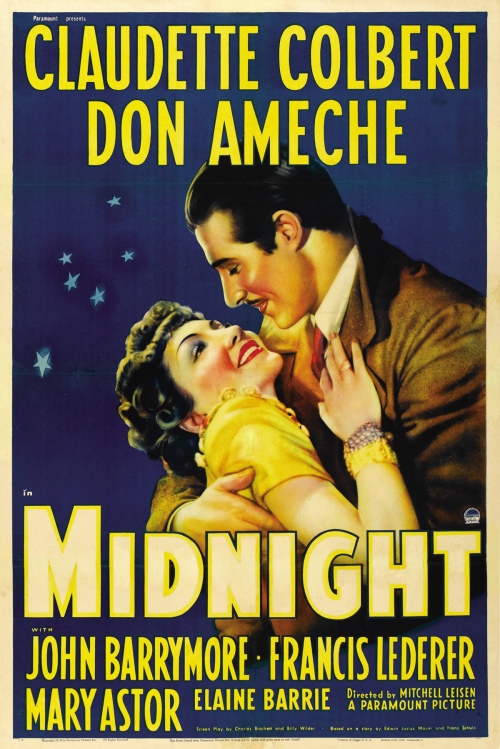 See you back here for a rundown of Sunday!