Backlots at the Courthouse: Olivia de Havilland vs. FX Oral Arguments on Appeal 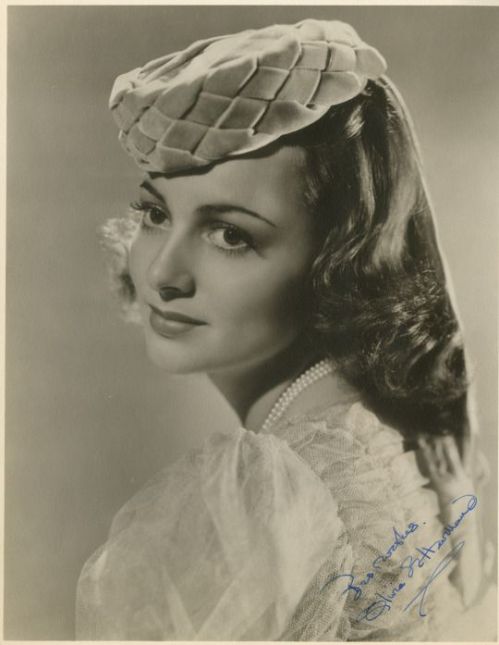 Hello again, dear readers, I’m here to let you know that I will be traveling to Los Angeles on Monday night to attend the first round of oral arguments in the Olivia de Havilland case, to take place on March 20. I will keep you all in the loop as much as I possibly can. I’d like to let you know what to expect from me on that day, so here’s what I know right now, based on frequently asked questions:

1. Will it be a typical court experience?

The arguments are taking place at the University of Southern California, in order to give the law school students an opportunity to watch a court proceeding in real time, on their own campus. The court has assured us that all the arguments will be just as binding and legitimate as they would be in a traditional setting.

2. Is Olivia de Havilland going to be there?

As you might imagine given her extremely advanced age, Olivia de Havilland doesn’t really travel anymore. If the case makes it past this stage, she is going to need to conserve her energy for potential future court dates, if she is needed in the courtroom later. So she will not be there on Tuesday.

Legal precedent is on her side. There have been a number of articles recently that try to distill the case down to its bare bones for comprehension’s sake. But in court, there are many issues at stake and lots of nitty gritty legal details that are necessary for fully understanding what is being asked. Some of these issues are things that this court or other courts have already decided. Having read all the briefs in detail, and independent of my own personal attachment to the case, I say that legally they should order the lower ruling to stand, and that Olivia de Havilland be able to continue with her suit. Here is some of my analysis.

4. Will you be able to update us live from inside the room?

I don’t know. I will if I can, but naturally whatever rules the court and USC enact for the courtroom need to be followed to the letter. On the day of the hearing, I’ll post a live Twitter feed on the blog and you can follow along there, with whatever I’m able to do.

Any other questions? Feel free to ask in the comments. See you in court!

Virginia Cunningham from The Snake Pit expresses the feelings of everyone following the de Havilland case, as we wait around for the trial to start.

Dear readers, if it feels like I’m posting frequent de Havilland trial updates, you are quite correct. Such is the nature of a court case, even before it begins. Here I am with another update, which I will keep succinct and to the point while giving you all the information I have.

The hearing of Olivia de Havilland vs. FX, for which I was planning to be in Los Angeles this week, is now in the appellate court. It was scheduled to begin on November 27, but just before Thanksgiving, FX filed an appeal to Judge Holly Kendig’s denial of FX’s request to throw the case out. This is staying the hearing until approximately February.

I’m not a lawyer, but I have been following the court documents closely. In the original motion to dismiss, Judge Kendig found that FX’s defense is indeed based on protected speech. Because of this, de Havilland’s side had to prove that their defense had enough merits to override FX’s First Amendment protections. Upon review of these merits, she found that de Havilland’s side had succeeded in meeting all their burdens showing that they would be successful in overriding those protections should the case go to court.

As a layperson, I would cautiously venture to say that it is unlikely that an appellate court would reverse a decision that found all burdens met. If I’m correct, we will see the case go to trial in early February.

What we are expecting now:

FX brief to be filed: December 4

Counsel to Olivia de Havilland’s brief to be filed: December 18

If appellate court denies appeal, trial to start: Early February. I will continue to follow the court documents closely and will attend the trial when it happens.

De Havilland has been granted expedited treatment due to her advanced age, so we can be confident that the court will work as quickly as possible to get the matter resolved.