It’s getting to be that time of year again–when film fans from around the globe descend on Hollywood Boulevard to attend the TCM Classic Film Festival, a classic Hollywood celebration of epic proportions. This will be the 10th year of this highly anticipated festival, held between April 11-14, and many exciting films and events have already been announced.

Last year, Martin Scorsese was bestowed with this film preservation award named for Robert Osborne, beloved journalist and TCM host who passed away two years ago. This year, the award will go to the eminent preservationist and historian Kevin Brownlow, of whom it may be said that he has done more for the preservation of silent film than anyone in history. He won a special Academy Award several years back for his work, interviewed legions of silent film stars, and is known for his generous and humble spirit. He has helped me enormously with my Marion Davies book, and I couldn’t be prouder to say that I know him–as a person and as a professional. This is a most deserved honor. 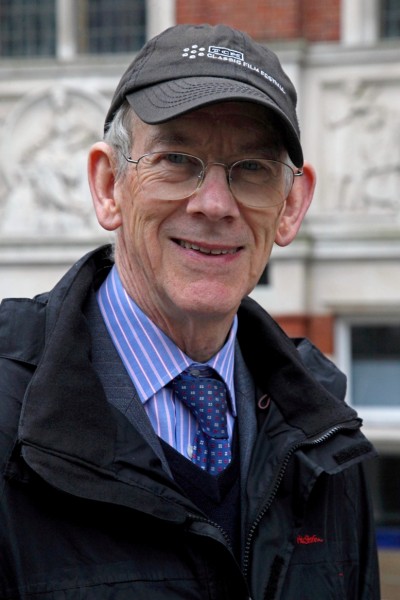 The featured movie on opening night of what we affectionately call the “TCMFF” is going to be When Harry Met Sally, with Billy Crystal in attendance. The following day, Crystal will be honored with a hand and footprint ceremony at Grauman’s Chinese*

The TCMFF prides itself on bringing the biggest stars from classic Hollywood to the festival. Now that the majority of those stars have passed away or can no longer travel, TCM has expanded its outreach to include stars of popular films from the 1980s and 1990s. There is still a debate within the classic film community around what defines a classic–I wrote a blog post about it several years ago. But I must say that I have always loved Billy Crystal–first becoming aware of him as an Oscar host, then a fan of his comedy routines and when I discovered When Harry Met Sally, it became one of my favorite films of the 1980s.  So on a personal level, I’m delighted that he’s going to be there.

*By the way, the official name of the theater is now TCL Chinese Theatre. But really, it will always be Grauman’s.

I have heard a number of people say that this year’s lineup is one of the best that the TCMFF has ever had. A friend of mine mentioned that he’s having trouble creating a list of priority films, as he wants to see them all. The actual schedule hasn’t been released yet, so we’re not yet dealing with the yearly agony that comes with schedule conflicts. But if there’s one thing we can count on at the TCMFF, it’s that two or more movies that you desperately want to see will be playing at the same time. Here are some of the movies showing this year that I hope will not conflict with each other:

Sunrise: A Song of Two Humans

The Sound of Music

A Woman of Affairs

For a full list of announced films, here is the link to the site. It is updated regularly when new movies are added.

Passes to the TCMFF sold out unusually early this year. It is a comfort to know that the TCMFF remains popular, but at the same time, I can no longer tell my readers that they may buy a pass if they are in town. However, here are your options if you would like to attend:

Aside from the screenings, and perhaps even more than the screenings, one of my favorite parts of the TCMFF is connecting with readers and fellow bloggers. The classic film community is tight knit and devoted, but we are spread out all over the world, connected through the power of the internet and modern technology. For many of us, the TCMFF is the one time a year when we get to spend time with our community. I’m grateful to have been a part of it for so many years.

Thanks for reading, and hope to see you in Hollywood!