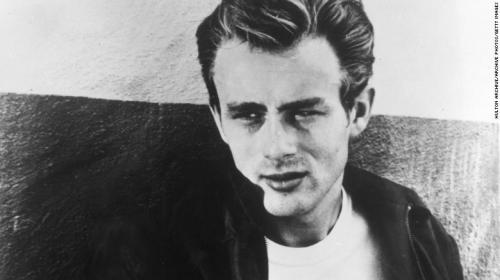 Since my coverage of the Olivia de Havilland case against FX, I’ve become quite interested in intellectual property law and its modern and historical applications in the film industry. So I found it fascinating when, a few weeks ago, the trade papers announced that a newly-formed movie studio, Magic City Studios, would cast a CGI version of James Dean in an upcoming film about the Vietnam War. It prompted a backlash online, which only seemed to embolden the filmmakers. Worldwide XR, which holds the rights to 400 celebrities, came out with a list of the next classic Hollywood stars who could be “reincarnated” via CGI technology, a list that included Bette Davis and Ingrid Bergman.

The inclusion of Bette Davis in such a list got me thinking about the ethics and repercussions of this technology for actors. Bette Davis was among the most vocal advocates for actors’ rights in Hollywood. In 1937, she sued Warner Bros to get out of her contract, claiming that their contract system was an abuse of studio power over actors’ careers. She ultimately lost the case, but Olivia de Havilland picked up the torch and brought almost the same suit in 1943. De Havilland won, and it changed the industry forever, giving actors more agency over their careers.

Bette Davis leaving for a London court in 1937, where she sued Warner Bros in a contract dispute.

Most of the attention surrounding James Dean’s CGI recreation has been around the legality of using his image, rather than the legality of resurrecting a deceased actor for a part that could be played by a living, paid one. Right of publicity and intellectual property have been argued over in California courts for decades–when Bela Lugosi’s heirs sued Universal Pictures for using images of Lugosi without their permission, an appeals court ruled that heirs have no right to a deceased relatives’ likeness, and that their image is fair use. However, in 1985, California passed the California Celebrities Rights Act, which created an inheritable right to publicity, valid for 50 years following a person’s death (it has subsequently been extended to 70). Due to this ruling, James Dean’s family owns the right to his likeness. The filmmakers have been granted permission from the family to use it, and they are within their full legal right to do so now.

However, to my mind, the larger issue is what this means for working actors. Resurrecting dead actors, regardless of technical legality, could turn into a problematic and even destructive situation for Hollywood, as it would open the door to CGI interpretations by deceased celebrities when filmmakers don’t want to pay someone for his or her work. In this particular case, the filmmakers might be getting around this sticking point by paying an actor to voice James Dean. But voice actors are generally paid per job, and it is significantly less than an onscreen actor’s salary. They can be union or non-union, allowing the filmmakers to take advantage of a non-union voice actor’s work, paying far less than they would to hire an onscreen actor affiliated with SAG-AFTRA.

In addition, the filmmakers run into problems with SAG-AFTRA regulations when choosing to use this technology. Union rules require that every effort must be made to employ a union member before extending a hiring search to non-union members (which, presumably, would include the dead). The Taft-Hartley Act, passed in 1947, allows filmmakers to hire non-union members for roles that cannot be filled by an enrolled union member. The CGI image of Peter Cushing in Rogue One: A Star Wars Story is an example of this rule in practice. The character has been so indelibly linked with Cushing over the decades that a CGI recreation seems almost a requirement. Also, actor Guy Henry provided the character’s body with Cushing’s head superimposed, perhaps allowing George Lucas some extra legal protection. There hasn’t been any indication thus far that the same will happen with James Dean.

But there are strict rules for hiring non-union actors for a role that could be filled by a dues-paying member, per the Taft-Hartley Act. From the SAG-AFTRA website: “Taft-Hartley reports must be completed and submitted directly to SAG-AFTRA by the signatory producer or casting director within 15 days from the performer’s work date.” Following those rules, as James Dean is not a union member (having been dead since 1955), he would have to be cleared for hire via a Taft-Hartley report.

It all sounds rather ridiculous. Industry law has not yet caught up with CGI recreation, which would have been considered impossible just a few short years ago.

SAG-AFTRA president Gabrielle Carteris gave her opinion in an interview with Variety:  “From the perspective of the actor, it subverts the creative process, reduces opportunities to work and is an attack on creativity. I also challenge those who say this is the only way the creator’s vision can be realized.”

It will be interesting to see what comes of this film, and whether or not my fears about abuse of CGI technology will come to pass. Technological advances in the film industry have always stoked lots of worry on the part of the public and the industry alike. But this particular advance doesn’t just feel new and revolutionary, it feels dangerous.