Judy Holliday and the Hollywood Blacklist: Testimony to SISS, 1952 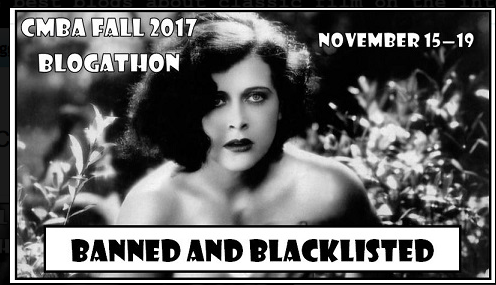 This month marks the 70th anniversary of the Hollywood blacklist, and to note the occasion, the Classic Movie Blog Association is hosting a blogathon dedicated to the industry members affected by the original blacklist, and the secondary wave with the publication of Red Channels and the creation of the Senate Internal Security Subcommittee in 1951. Led by Senator Pat McCarran, the secondary blacklist had a decidedly anti-immigrant tone to it, with McCarran using Hollywood and the theater to justify anti-immigrant legislation that he was trying to push through Congress, limiting the ability of Eastern European immigrants to come into the United States, and deport the ones who were already here.

McCarran specifically targeted what he called people of “Middle European” descent as being potential Communists, a thinly-veiled reference to people of Jewish ancestry. McCarran was, in addition to being a rabid anti-Communist, a rabid anti-Semite, and it was in this vein that Judy Holliday was called to testify before McCarran’s committee. Using the fact that Holliday’s name had appeared in Red Channels, the list of 151 entertainment industry members who might be Communist sympathizers, and the fact that she had “wired greetings to the Moscow Art Theatre,” McCarran called Holliday to testify in March of 1952.

Holliday with husband David Oppenheim, around the time of Holliday’s testimony to SISS.

Holliday had already suffered from her appearance on the Red Channels list. She had been slated to appear on What’s My Line? and The Name’s the Same, but anti-Communist pressure groups forced the shows to pull her appearances due to the fact that she was now officially linked with communism. Such was the nature of the blacklist, and Holliday knew she was in trouble.

Holliday was no stranger to the political side of entertainment. Alongside Betty Comden and Adolph Green, she had started her career in a group called the Revuers, a quasi Saturday Night Live-style political sketch show with a decidedly liberal slant, based out of Greenwich Village. From there, she went to Broadway playing Billie Dawn in Born Yesterday, a play written as a scathing critique on ignorance and apathy. Adam’s Rib, the film that got her Hollywood career started, advocated for the equal treatment of women in all parts of society. The following year, she made the film version of Born Yesterday, for which she won an Oscar.

She was also Jewish. Born Judith Tuvim on June 21, 1921, her mother was a Russian Jewish immigrant from St. Petersburg and her father a first generation American. Holliday was raised in a political home, her father was a supporter of Jewish political causes and her uncle, Joseph Gollomb, was a famous author and committed socialist. She herself showed a phenomenal intellect at an early age–scoring 172 on a school-administered IQ test and reading Proust and Tolstoy in her free time. Her uncle had wanted her to be a writer like him, and was slightly disappointed when she decided to go into acting.

Given McCarran’s anti-Communist and anti-Semitic tendencies, as well as the history of her uncle, Judy Holliday seemed a natural target for the Senate Internal Security Subcommittee, and she knew it. When she appeared at the hearing, she had done her homework and was prepared for the questions that would come her way. She had also been advised by her counsel to play Billie Dawn, the seemingly dim-witted protagonist of Born Yesterday, who really was smarter than everyone thought. If she did that, her lawyer reasoned, “how can they take you seriously as a political figure?” Her answers are a testament to her keen and quick mind, already legendary in Hollywood. By contrast, the questions of the committee expose their anti-Semitism and ulterior motives.

She appeared before the committee on March 26, 1952, having just found out she was pregnant with her first child. The hearing was overseen by staff director Richard Arens and Senator Richard Watkins. Arens began the questioning as such:

The questioning then moved to her involvement in the Screen Actors Guild, the Actors’ Equity Association, and the United American-Spanish Aid Committee. “I put it to you as a fact, and ask you to confirm or deny the fact, Miss Holliday, that in 1941 you were a part of the unit known as the Revuers, one of the entertainers in a party given by the United American-Spanish Aid Committee,” Arens told her. In her answer, Holliday goes into Billie Dawn mode.

After several more exchanges like this, the committee became frustrated. At one point, Arens asked “Do you have any difficulty with your memory?” and Watkins took her to task for “not remembering” events in 1946. “It seems to me that a person in your profession has to have a trained memory,” he said. “Now I’m getting one,” was Holliday’s reply, “but I didn’t know then that I needed one.”

Later, Arens asked her about her family. The situation of her uncle Joseph Gollomb had the potential to provide evidence for McCarran’s legislation about limiting Eastern European immigrants, but Holliday was ready.

Their line of questioning had not panned out, and thus Holliday had successfully avoided her testimony being used as evidence to support McCarran’s agenda. But when Arens turned his attention to acquaintances of hers that were known Communists, Holliday had to deploy another trick. Here she displays the brilliance of her mind, engaging in a combination of psychological tricks and wordplay. First, she denied knowing that any of them were Communists, and then subtly changed the subject by dropping a bombshell–that she had hired people to investigate her prior to being called to the committee.

“You hired people to investigate you?” Arens asked her, stunned.

“I certainly did,” Holliday replied, “because I had gotten into a lot of trouble.”

Arens asked if anyone tried to prosecute her.

It is fitting to note here that Holliday was an expert at word puzzles. Her skill shows.

Toward the end of the hearing, the committee made their true intentions known in a way they hadn’t up to that point. They asked Holliday about her views on the “material philosophy of communism.”

The anti-Semitic tone disturbed Holliday, but she thought it better to keep quiet and not call any more attention to her heritage or religion. The hearing wrapped up and Holliday was excused with a warning to be more careful where she puts her energy.

She had successfully protected herself. While the right wing attacks against Holliday went on for some time, she ultimately bounced back and her success on film and on stage continued. Due to her testimony and the liability that came with it, the political edge to her roles was noticeably dulled in the second part of her career. She won a Tony Award for Bells Are Ringing in 1956, and notably filmed It Should Happen to You with Jack Lemmon, The Marrying Kind with Aldo Ray, and the film version of Bells Are Ringing with Dean Martin. Diagnosed with breast cancer in the early 1960s, she went into remission long enough to continue working on stage, then had an aggressive recurrence that took her life at the young age of 43.

Recording the album for Bells Are Ringing, for which she received a posthumous Grammy Hall of Fame Award.

Of her experiences testifying in front of the committee, Holliday said to her friend Heywood Hale Broun:

“Woody, maybe you’re ashamed of me, because I played Billie Dawn. Well, I’ll tell you something. You think you’re going to be brave and noble. Then you walk in there and there are the microphones, and all those senators are looking at you–Woodie, it scares the shit out of you. But I’m not ashamed of myself because I didn’t name names. That much I preserved.”

24 responses to “Judy Holliday and the Hollywood Blacklist: Testimony to SISS, 1952”