Noir City 14: THE DARK CORNER and THE TWO MRS. CARROLLS

The 14th annual Noir City festival, the spectacular tribute to film noir that has become a must-see San Francisco tradition, took place last week at the Castro Theatre. The festival is one big noir extravaganza, with the theater packed to the gills every day and every night for ten days straight. It was truly an event to experience, and one that I was thrilled to have been able to attend.

While the programming at Noir City is always top-notch, programmed by the man who has come to be known as the “czar of Noir,” Eddie Muller, this year had some truly unusual and unique offerings for the noir aficionados and for the uninitiated alike. Paired with noir classics like The Two Mrs. Carrolls and Rear Window were creatively programmed films like The Red Shoes that rose above the traditional definitions of noir to give the audience an entirely new vision of the genre.

One of the films that most fascinated me in the Noir City program this year was a 1946 detective/murder mystery called The Dark Corner, starring Lucille Ball and Mark Stevens. By 1946, film noir had reached its zenith, the genre having been molded and firmly established during the years of World War II. Dark alleyways, shadowed angles, cigarettes and hard drinking characterized a noir film, as did the appearance of a savvy and smart femme fatale who often drives the plot.

Earlier in 1946, Lucille Ball had walked out on her contract at MGM. She was having problems at the studio and problems at home, her marriage to Desi Arnaz on the brink of collapse. At the studio, she was being cast almost exclusively in glamorous roles, ones that she knew didn’t fit her well and where she was being cast aside for the more established MGM stars like Judy Garland. In search of something different to propel her career forward and to take her mind off her home troubles, she left MGM and freelanced for several years. The Dark Corner, filmed at 20th Century Fox, was one of the first movies she did following the termination of her contract at MGM, and if Lucy had wanted to depart from MGM-type glamor roles in taking this role, she succeeded.

Playing a secretary in love with her boss who has a sinister past, Lucille Ball’s role is that of the smart, savvy version of the femme fatale. It suits her well, and the audience’s eyes are rarely off her when she is onscreen. As for the movie itself, as a murder mystery and detective story in one, The Dark Corner is so noir that it almost parodies itself. Audiences at the Castro Theatre are unusually well-educated in their cinema, and never was that more clear than when the audience laughed in delight at those scenes where Mark Stevens lights a match on his shoe at breakfast, or drinks several glasses of gin in one sitting. San Francisco knows its noir, and a self-aware movie like The Dark Corner was a fun choice for this audience.

The Two Mrs. Carrolls is an old favorite of mine. The only film to pair cinematic legends Humphrey Bogart and Barbara Stanwyck, it tells the story of a mentally unstable painter who endeavors to kill all the women he loves after painting their portraits. It, too, is a prototypical noir, even taking hints from earlier dark movies and weaving them into the plot in similar ways. A clear example of this is the idea of the painter poisoning his wives with milk, one of the main themes of Hitchcock’s Suspicion, from 6 years earlier. 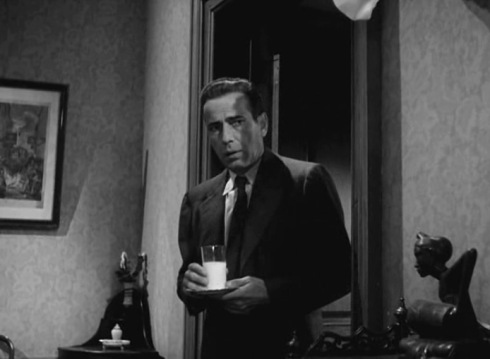 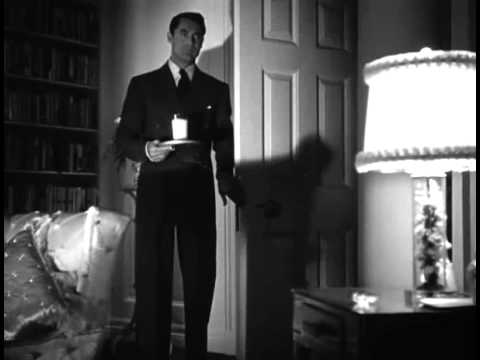 Thank you to Noir City for another great year, and I look forward to next year’s programming!

9 responses to “Noir City 14: THE DARK CORNER and THE TWO MRS. CARROLLS”