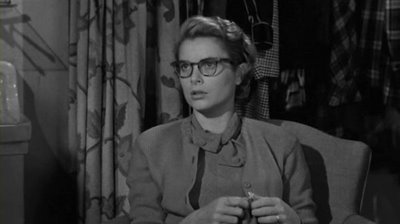 For my first day of dueling divas, I am devoting my attention to that well-publicized “scandal” at the 1954 Oscars between Judy Garland and Grace Kelly. Now I must admit that I am a bit biased on the subject–as readers of my blog know, I am a HUGE Judy Garland fan, and have been since very early childhood. For years I had a chip on my shoulder about Grace Kelly, refusing to see The Country Girl (the film for which she was nominated) in protest of the outcome of the 1954 Oscars.

Why all this hullabaloo, you ask? Well, let’s start at the beginning.

In order to understand the significance of the 1954 Oscars for Judy Garland, we must revisit Judy’s career at MGM. She was signed to a contract in 1935, and shortly thereafter she was put into a virtual treadmill of productions that wore her young body out. She was given pills to sleep, pills to stay awake, and pills to make her lose weight, which in addition to the stress of her life at MGM, contributed to psychological problems and a severe addiction that culminated in the late 1940’s. Following a particularly difficult time on the set of Annie Get Your Gun (from which she was ultimately fired and replaced by Betty Hutton) and failure to appear on the set of Royal Wedding (in which she was replaced by Jane Powell), MGM suspended her contract and Judy Garland was a movie has-been at 28.

Almost immediately, however, she bounced back with an absolutely stellar concert career, playing some of the best houses in the world and breaking records at the Palace Theatre with her 19-week one-woman show. In the early 1950’s, Judy Garland was on top of the world, free from MGM and able to spread her wings to tackle anything. It is often said that the producer of the Palace show, Sid Luft, was almost solely responsible for her career revival, and the two married in 1952. Two years later, he was producing A Star is Born, heralded as Judy’s magnificent comeback to movies, and one that brought Judy her first Academy Award nomination as Best Actress.

All of Hollywood was abuzz about her performance, and everyone was convinced that it would bring her an Oscar–if not for her performance alone, then for the audience’s love and affection for her as a person and an entertainer. So convinced was everyone that she would win, that when she was unable to attend the Oscars ceremony due to having just given birth to her 3rd child, cameras were set up in her hospital room to televise her acceptance speech.

Judy was understandably very upset. The media had led her to believe that there was no way anybody else would win. Judy accused Grace of winning simply because she made herself dowdy in The Country Girl,  for her role as the long-suffering wife of an alcoholic. Judy is quoted as lashing out for Grace “taking off her fucking makeup and grabbing MY Oscar!” The telegrams that came in were very sympathetic, the cleverest one being from Groucho Marx: “This is the greatest robbery since Brink’s.” Many years later, upon being interviewed for the A&E Biography on Judy Garland’s life, MGM coworker June Allyson said “I really hated the Academy that year. Judy SHOULD have won that Oscar. She really should have.”

Per Judy’s self-deprecating sense of humor, the incident was relived many times, notably in a story from the “Born in a Trunk” segment of her TV show in 1963:

Poor Grace Kelly. Due to the legions of Judy fans across the world, she has developed a bit of a bad name, through no fault of her own. I am the first to admit that until about 7th grade, I held a major grudge against Grace Kelly. It wasn’t until I forced myself to read a biography and watch a few of her movies that I came around to her, and developed a great respect for her as a dignified human being (one of my favorite anecdotes is that when Josephine Baker was refused service in the Stork Club while Grace was dining there, she grabbed Josephine by the arm, stormed out, and vowed never to eat there again. She never did, the two embarked upon a lifelong friendship). Her performance in The Country Girl, as much as some Judy fans may hate me for this, is brilliant.

But I still think Judy should have won!

This post is an entry in the Dueling Divas blogathon! 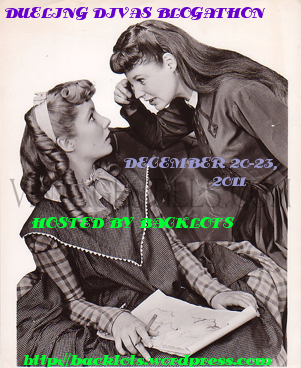