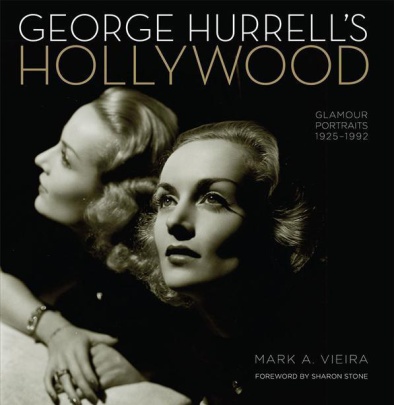 Glamor, fashion, and beautifully seductive images are hallmarks of George Hurrell’s unmistakable photographic style. The preferred photographer of many classic Hollywood stars, he became indelibly associated with the Golden Age of Hollywood, and one of the most famous names in portrait photography. 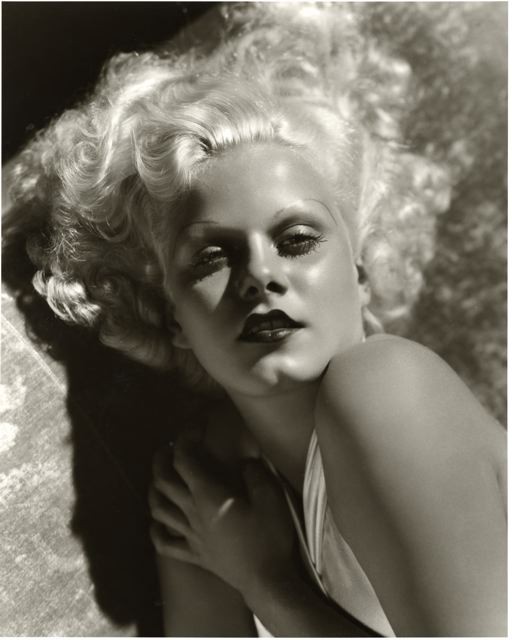 Jean Harlow as photographed by Hurrell. As seen in GEORGE HURRELL’S HOLLYWOOD.

Never has Hurrell been more aptly celebrated than in Mark Vieira’s big and beautiful new coffee table book George Hurrell’s Hollywood (published by Running Press Books), that chronicles Hurrell’s life and work, his relationship to his photographic subjects, and his growth as a photographer over the course of his monumentally lengthy career. A detailed biography of Hurrell is accentuated by hundreds of stunning photographs, ranging from Norma Shearer and Joan Crawford all the way to Sharon Stone and Michael Douglas.

Vieira was a longtime friend of Hurrell’s, and draws on exclusive archival research, interviews, and diaries to create a portrait of the artist never before seen in any book. He details Hurrell’s rise to fame, his flourishing career in Hollywood’s Golden Age, and ultimately his perseverance when times got extremely hard due to scandal and corruption from the underworld of the art collectors’ community.

The book is also a treasure trove for lovers of old Hollywood gossip, providing the reader with information about the mystery of Greta Garbo that existed offscreen as well as on (Vieira relates an anecdote on the unusual way in which Hurrell finally succeeded in getting Garbo to smile for a picture), the eccentricities of Marlene Dietrich, and the resistance of Olivia de Havilland to Hurrell’s unorthodox methods of getting a shot. One of my favorite parts of the book is an examination of how Hurrell airbrushed his subjects. A famous Hurrell photograph of Joan Crawford, glamorous, sexy, and a true movie star, is shown alongside its original negative–and we see Crawford as the freckle-faced, normal woman she was when she came into Hurrell’s studio. The difference between the two photographs is astounding, and shows what Hurrell was capable of long before the days of digital airbrushing and Photoshop.

Hurrell expanded his horizons a bit during the second half of his career, photographing such musical notables as Diana Ross, David Bowie, and Natalie Cole (Hurrell’s photograph of Cole appeared on the cover of her album Unforgettable…With Love). Sharon Stone, his last photographic subject, provides the foreword to this book and an alluring photograph of Stone graces the first page of text.

Hurrell’s photograph of Sharon Stone that appears alongside the foreword of GEORGE HURRELL’S HOLLYWOOD.

Click here to order your copy of the book. George Hurrell’s Hollywood is a must-have for anyone interested in classic Hollywood, photography, the art world, or simply the life of a fascinating personality whose career survived multiple setbacks and difficulties. A truly loving and fitting portrait to a photographic genius, featuring 420 breathtaking images that testify to the man and his art.

Joan Crawford in 1930, as seen in GEORGE HURRELL’S HOLLYWOOD.