As passion for classic Hollywood is such a specific niche, most classic film fans have a story about how they became interested in it. Some who are passionate about classic film can trace it to their childhood, and some came to love classic movies as adults. Most of the time, there is one specific film that fans are able to pinpoint as the driving force behind their love of old Hollywood.

This is the focus of this year’s CMBA blogathon, Film Passion 101. Members are to write about the film that was the impetus for their love of old Hollywood, and the story that goes along with it. For me, the story goes back to my earliest childhood and the movie was Lili, released in 1953 and starring Leslie Caron and Mel Ferrer.

I was lucky enough to have grandparents who always lived close by and were a large part of my growing up. There was always talk of movies around my grandparents’ house–my grandmother loved movies and was very knowledgeable about them. Growing up in a large Russian Jewish immigrant family in Winnipeg, Canada, my grandmother had been very poor as a child and life was difficult. Her escape was the movies, and she developed a keen fascination for the lives of the personages onscreen. She soon became a movie expert, something she held onto for the rest of her life and when she became a nurse, she worked at Cedars of Lebanon Hospital where many major movie stars received treatment. After I became enamored of classic movies, she would regale and delight me with stories of all the big stars she took care of. 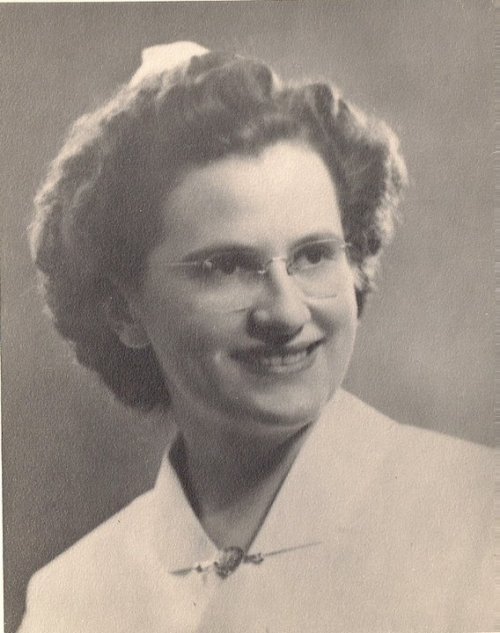 Almost as soon as I was born, my grandmother started showing me movies. I saw The Red Shoes, Les Demoiselles de Rochefort, and Brigadoon almost before I could walk, and I still treasure those memories. But it wasn’t until I saw Lili at age 5 that I really became obsessed with movies.

In many ways, Lili is not a children’s movie. It has dark themes, including strongly suggested sexual abuse and attempted suicide of the main character. Even the puppets, used as a tool of the puppeteer to get the attention and love of the main character, are bizarre and slightly creepy. But at the age of 5, all of that went right over my head and I was taken immediately by the beautiful colors, the catchy music, and the main character’s sincere interaction with the puppets.

Lili is a young orphan who goes to find a baker friend of her father’s who her father said would help her. When she gets to the address, she finds that he is dead but the shopkeeper who owns the business gives her a room in exchange for work. After he sexually assaults her, she flees. She is rescued by a carnival magician, who offers her a job as a waitress for his dinner show (where he is assisted by the sexy Rosalie, played by Zsa Zsa Gabor) at the circus. But Lili is more interested in watching the show than waitressing, and she is fired. Not having anywhere to go, she climbs the ladder to the diving board at the circus where she intends to jump. Halfway up the ladder, she hears a voice calling out to her from down below, asking her to stop. The voice is coming from a puppet on a puppet stage with red hair and freckles, and she warily comes down and starts engaging in conversation with the puppet, called “Carrot Top.” Soon, several other puppets join in the conversation (“Reynardo,” a fox, “Marguerite,” a ballerina, and a giant named “Golo”) and they begin to sing a song that Lili had sung with her father. A crowd forms, and Lili is given a job with the puppet show.

The puppeteer, Paul (played by Mel Ferrer), is a former dancer who suffered a leg injury in the war that ruined his career. He started puppeteering to make ends meet, but he finds it inferior to his career as a dancer. He soon falls in love with Lili, but fears that she will reject him due to his impairment. Lili, meanwhile, is in love with Marc, the magician who saved her from the shopkeeper. Soon, Marc decides to leave the act, taking along Rosalie, his sexy assistant, who soon reveals that she is his wife. Lili is heartbroken, and invites Marc to her trailer where he tries to seduce her. Paul walks in, and his plans are thwarted. Afterward, Lili finds Marc’s wedding ring in her couch cushion. She tries to run after him, but Paul, thinking that she is running after him for love, stops her and slaps her for being a fool.

Lili decides to leave the carnival. She gives Marc back his ring and tells him that every girl has to wake up from her selfish dreams. As she leaves, she is stopped by Carrot Top and Reynardo, who ask her to take them with her. She remembers that there is somebody behind the curtain and pulls it back, revealing Paul. They have an argument, Paul telling her that several impresarios from Paris have come to offer him a job, and Lili telling him that he is incapable of love and accusing him of hiding behind the puppets. He responds that he is the puppets, with all their different personas. Lili concludes the argument by walking away and intending to leave Paul forever. As she leaves the carnival, she thinks of all the puppets and a small dream sequence ensues with the puppets, all life-size, turning into Paul. She rushes back to the carnival and falls into Paul’s arms…while the puppets applaud.

The relationship between Lili and Paul is a complex one. On the one hand, Paul wants to love her but doesn’t know how. He was mean and abusive to her, and the fact that Lili ends up with him at the end is a bit troublesome–in that she is essentially going back to a man who abused her. On the other hand, it can be said that this was Paul’s awakening, and he now knows how to love. From a modern feminist standpoint, it is a difficult ending to come to terms with, and is certainly a male-centered one. As an adult, I have trouble with the ending, but it’s difficult to think of a better one, especially in a film made under the code where Lili could not have broken up Marc’s marriage.

Whenever I would go over to my grandparents’ house, my grandmother would take me to the video store to pick out a movie and for several years, it would ALWAYS be Lili. I memorized the exact location of movie in the store, and would always make a beeline right for it. I loved it so much that I would watch it again and again, until finally my grandmother made an executive decision to try to expand my horizons. One day I discovered that my grandmother had brought a different movie home from the store herself–Meet Me In St. Louis. At first I was terribly distraught that I couldn’t watch Lili, but Meet Me In St. Louis simply expanded on what Lili had started. I was officially a bona fide classic movie fan at the age of 7.

My grandmother passed away in 2010, and I miss her terribly. But I thank her every day for showing me Lili and introducing me to classic movies because without her and without that movie, I wouldn’t be the classic film fan I am today. Thank you to my grandmother, and thank you to the CMBA for hosting this blogathon, providing me with an opportunity to write this story.