I flew to Ireland on June 15 and spent the week at the Maureen O’Hara Classic Film Festival, in a small town called Glengarriff, County Cork–the home of Maureen O’Hara herself. It was an absolutely wonderful week, filled with many great films (we watched 3 classic movies per day) and marvelous guests, including Maureen O’Hara, Rory Flynn (daughter of Errol), Susan Bernard (daughter of photographer George Bernard) and Pat Shamroy-Shaw (daughter of the celebrated cinematographer Leon Shamroy). I had a great time, and didn’t want it to end! It is so rare that we young classic film fans meet like-minded individuals our own age, and I was lucky enough to be sharing a house with a fabulous 6 of them. It was an experience I truly treasure.

I met Maureen O’Hara and all the other special guests, and I can tell you that Maureen is one tough and feisty lady! She does use a wheelchair now, but other than that, you would never know she was 90. She has all her faculties, and is as sassy and smart as ever. She signed my copy of “Tis Herself,” and it was an honor to meet such a Hollywood legend.

Here are some pictures. 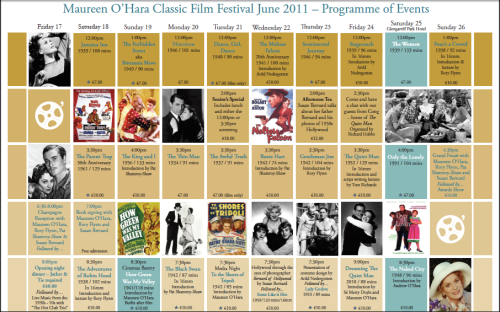 The movies we saw. 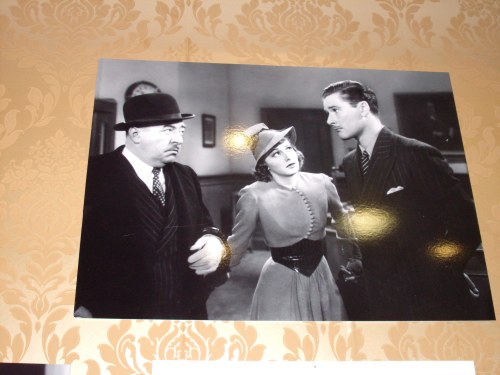 I was obsessed with this poster.

With Rory Flynn, the daughter of Errol Flynn. 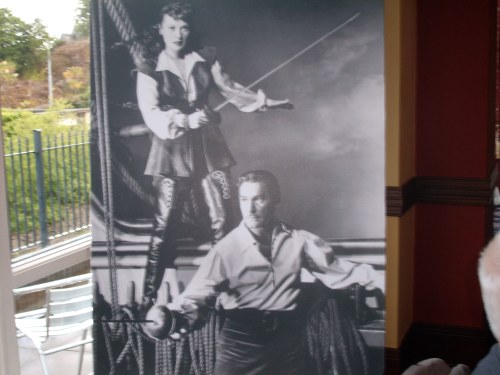 Joan and Olivia were placed next to each other on the wall. Awkward. 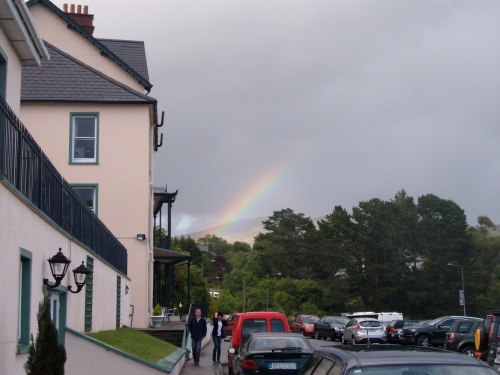 Rainbow over the hotel where the festival was held.